skip to main | skip to sidebar

The Space Needle 2 plus bacon

So I always had the thought the Space Needle was kind of a strange landmark/tourist destination. I mean it looks like a disguised UFO that is waiting to take off to another galaxy. Several months ago I found out that the Space Needle is actually privately owned, which gave rise to a thought. A business proposition of sorts. I would like to build a second Space Needle. A Space Needle that is twice as tall, twice as cool and topped with bacon. In addition, it would also be cheaper than the first Space Needle. I mean, I think it has come to a point where the Seattle tourist needs a cheaper alternative to the Space Needle monopoly that exists today. What's wrong with a little competition topped with some bacon? 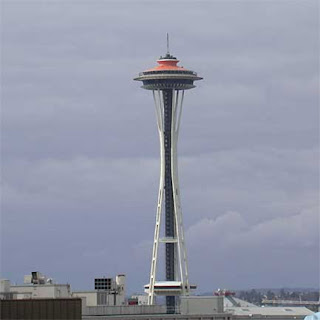 What would you rather have?